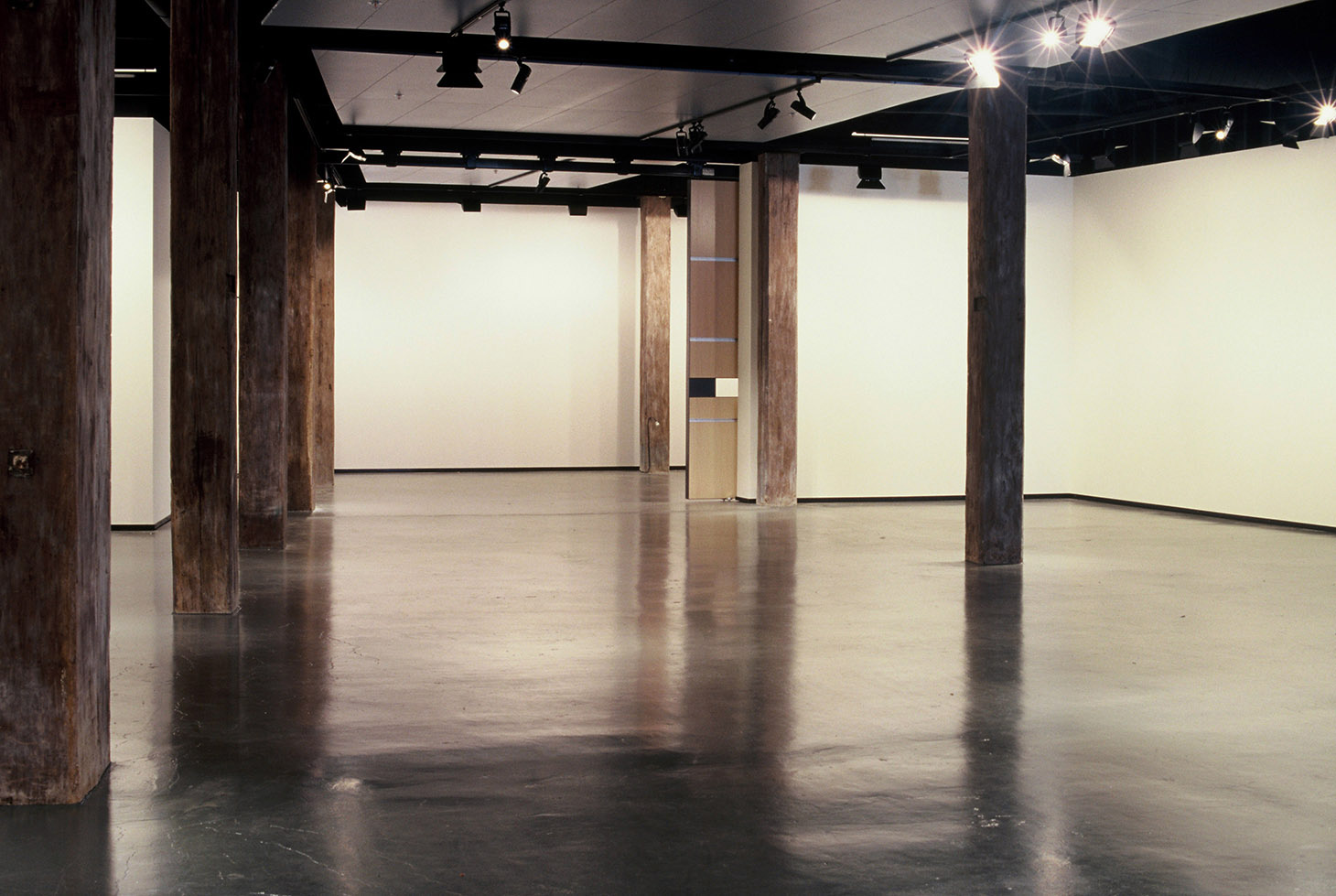 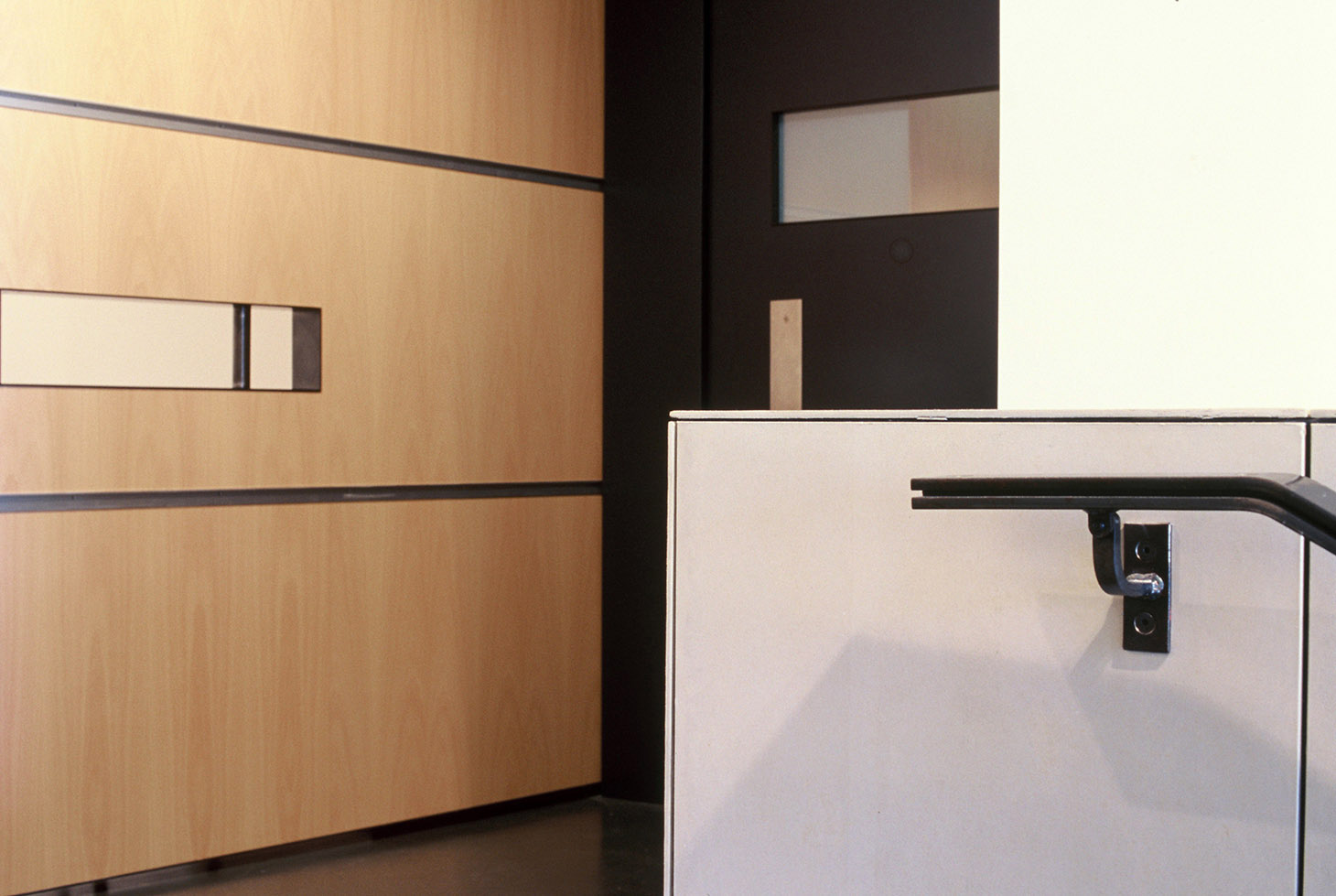 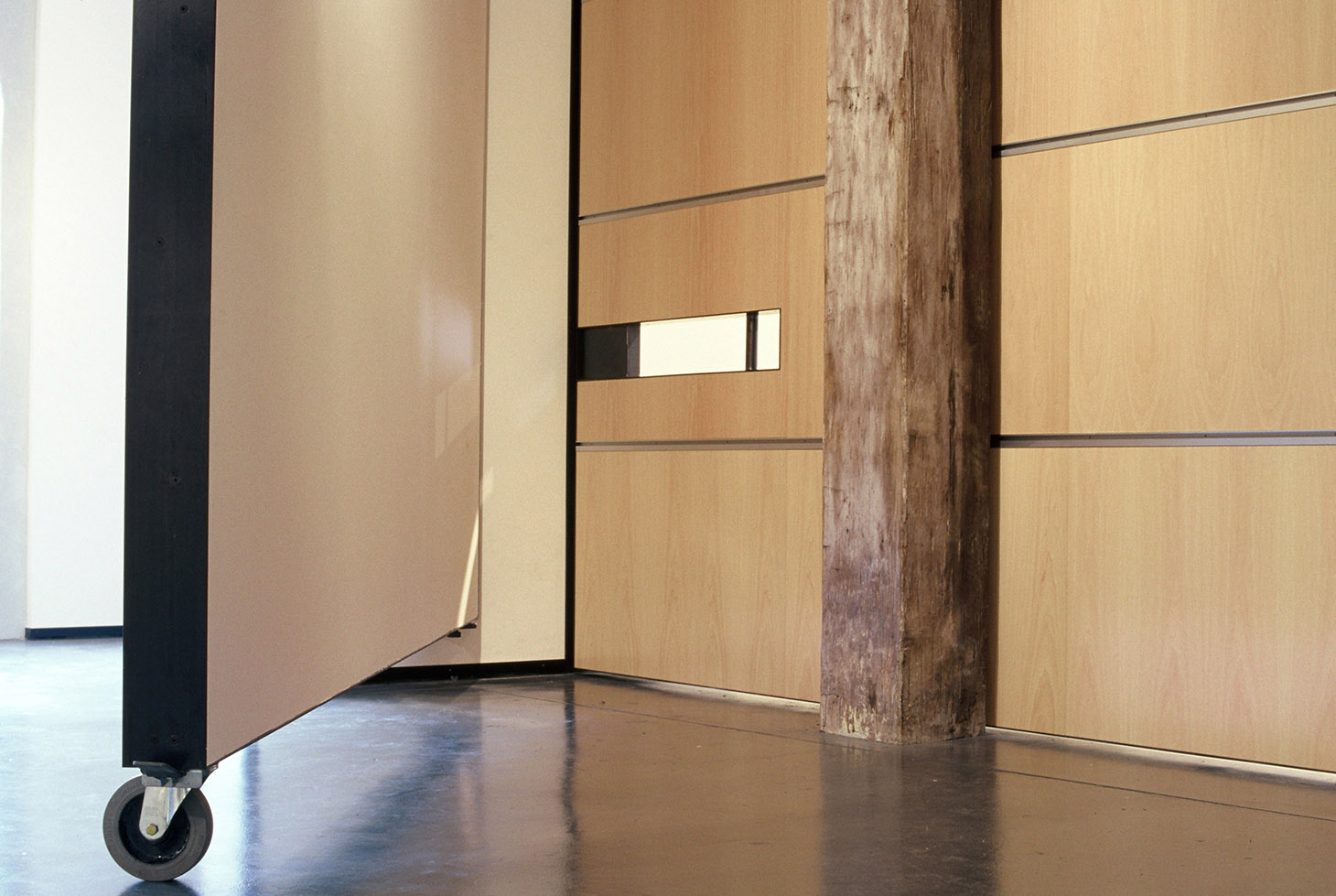 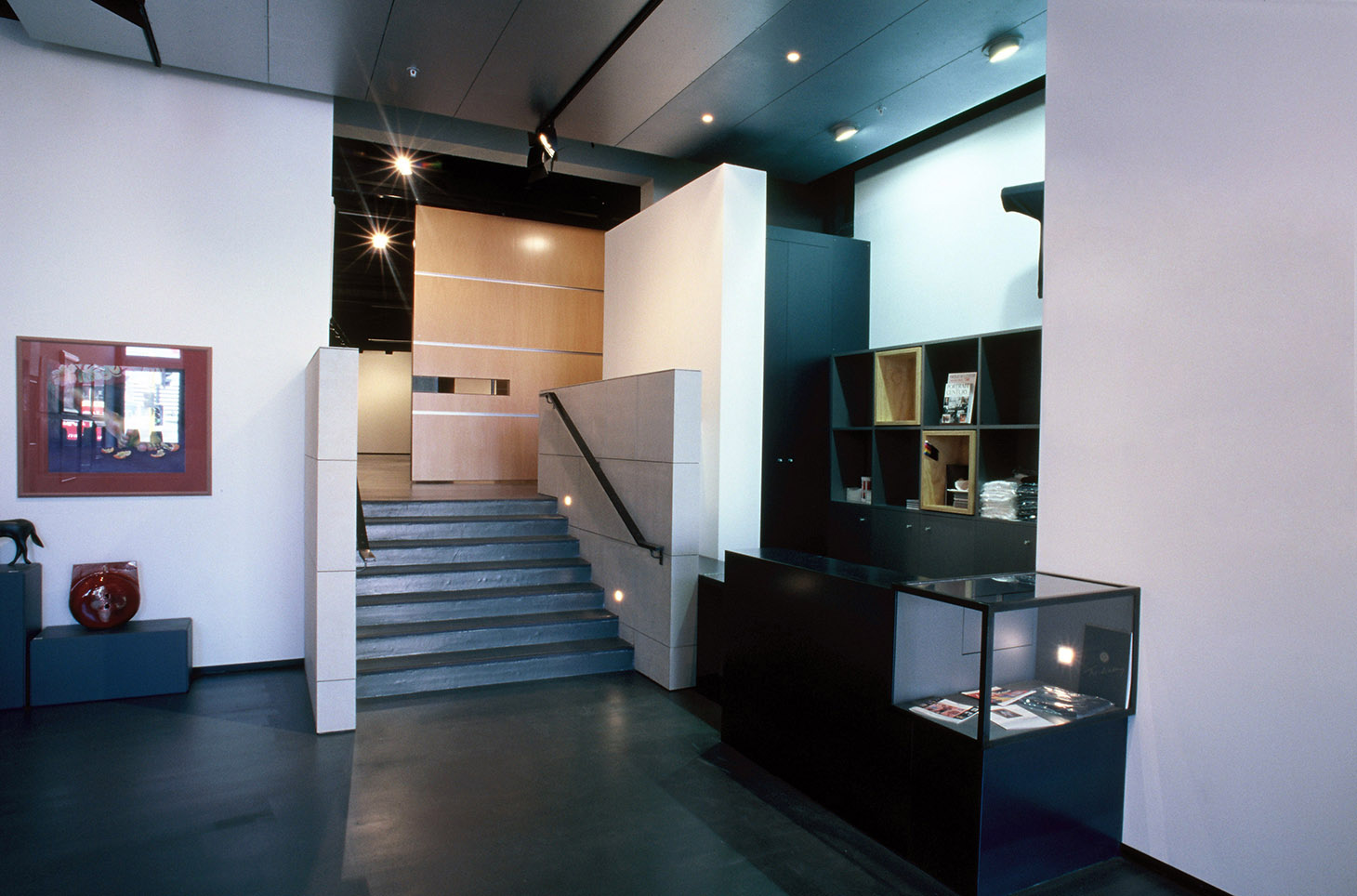 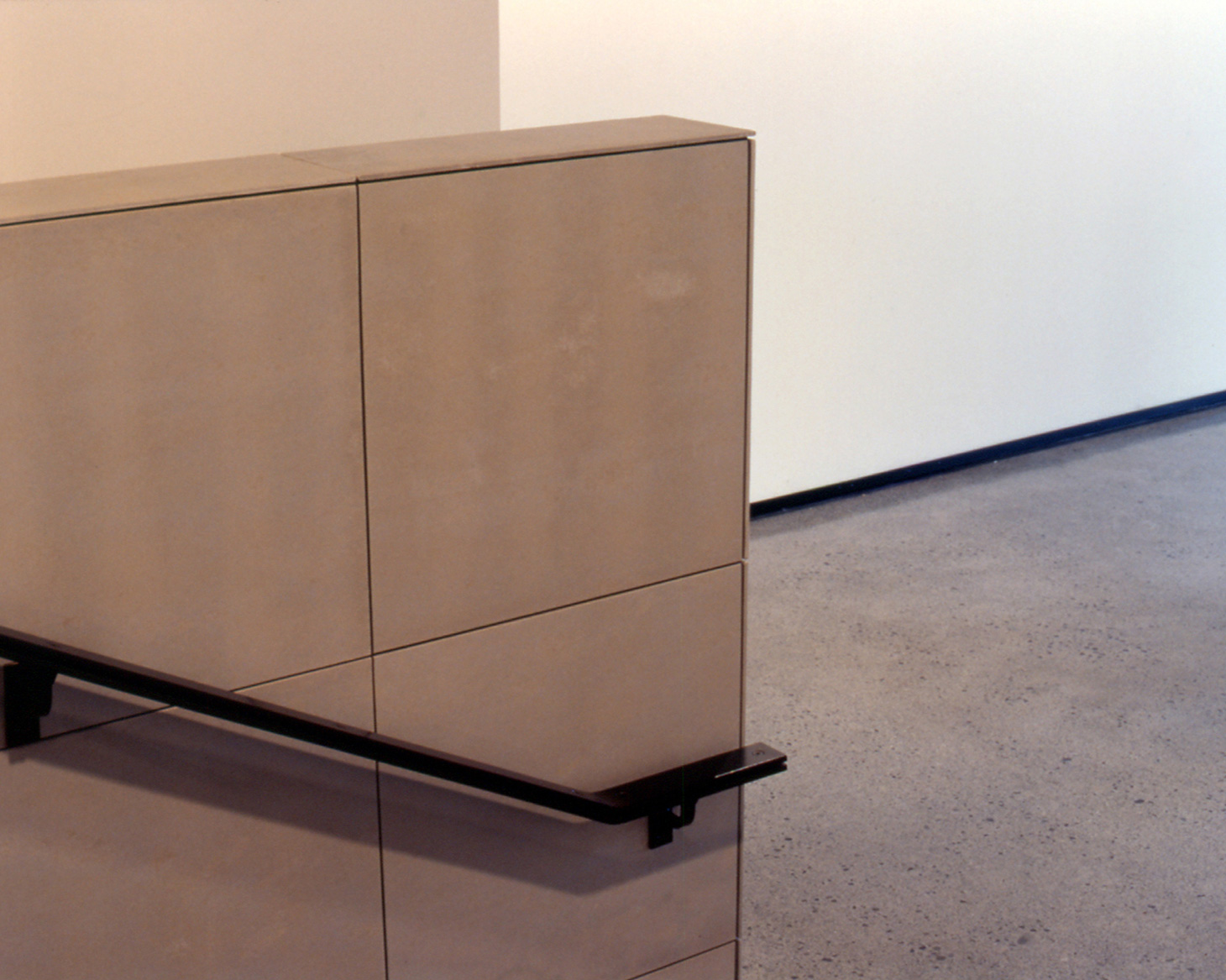 Multifunctional gallery spaces were created in a former wool store on Wellington’s waterfront. Large pivoting and sliding doors allow the gallery to be used as one large space, or up to three smaller galleries. A natural palette of materials—black steel, timber panels, cement sheet panels and polished concrete—complement the existing fabric but don’t compete with the artwork. The dark floors and ceilings contrast with the near-white display walls, and also keeping the focus on the exhibition walls.

“Cleverly planned to meet the Academy’s need for flexibility, a number of fine spaces can be either separated or combined by the use of moveable walls which also modulate natural lighting,” NZIA Awards Jury, 2001.