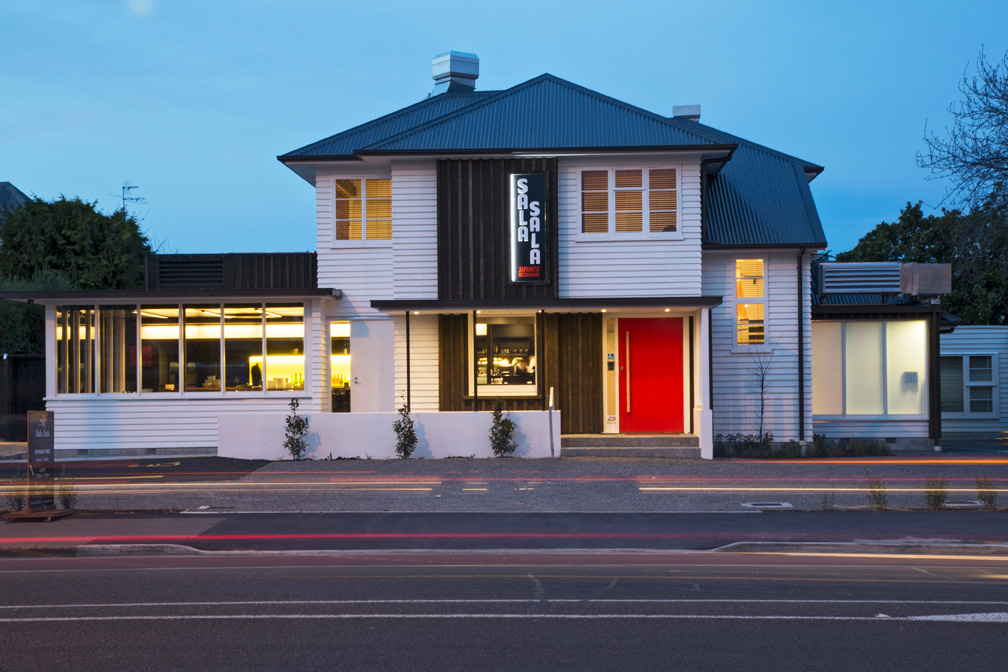 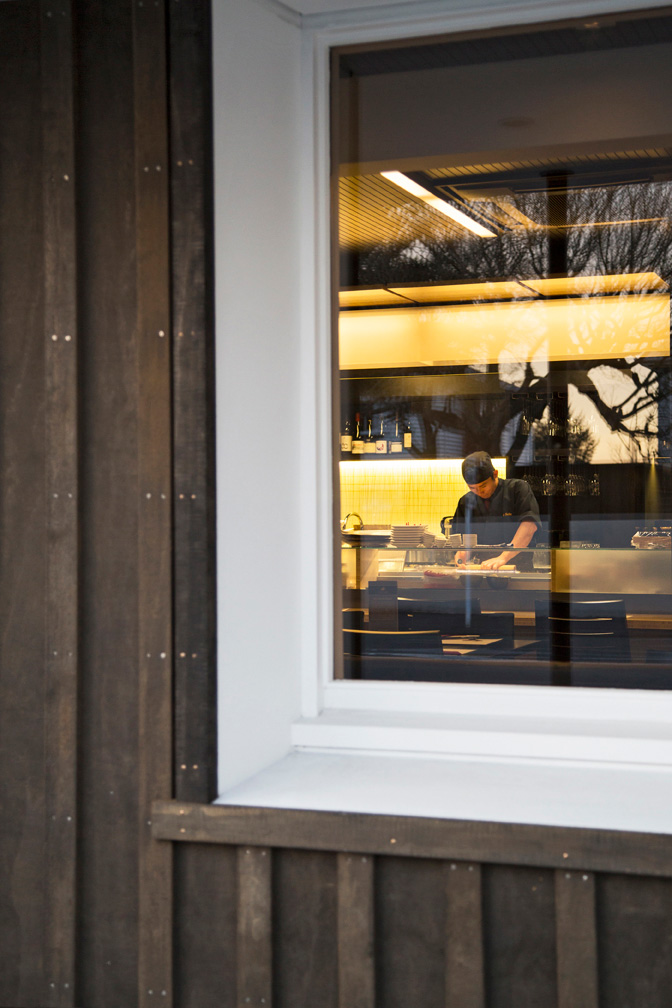 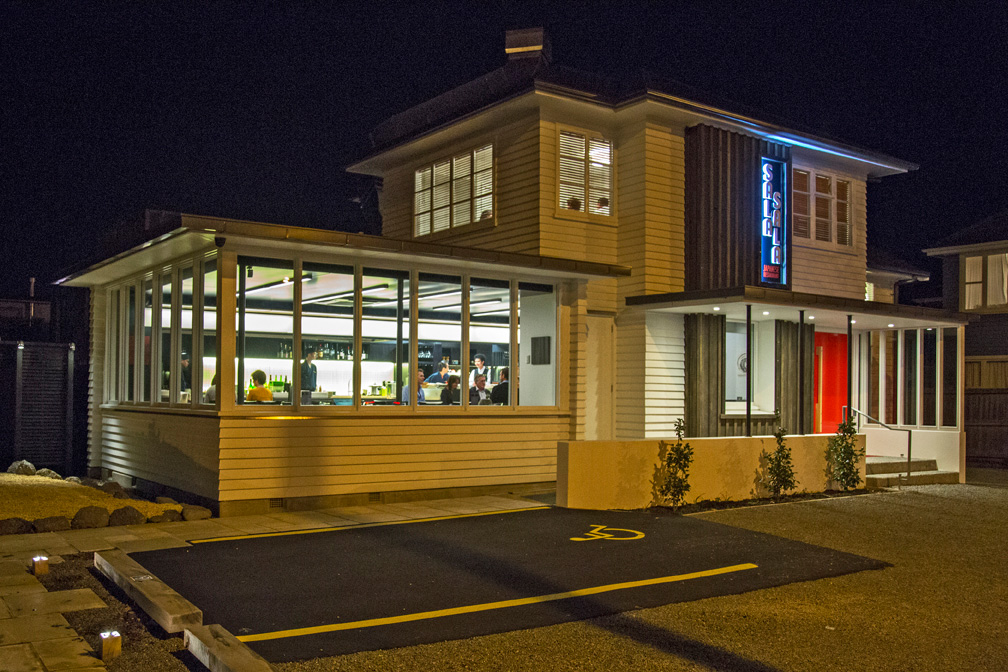 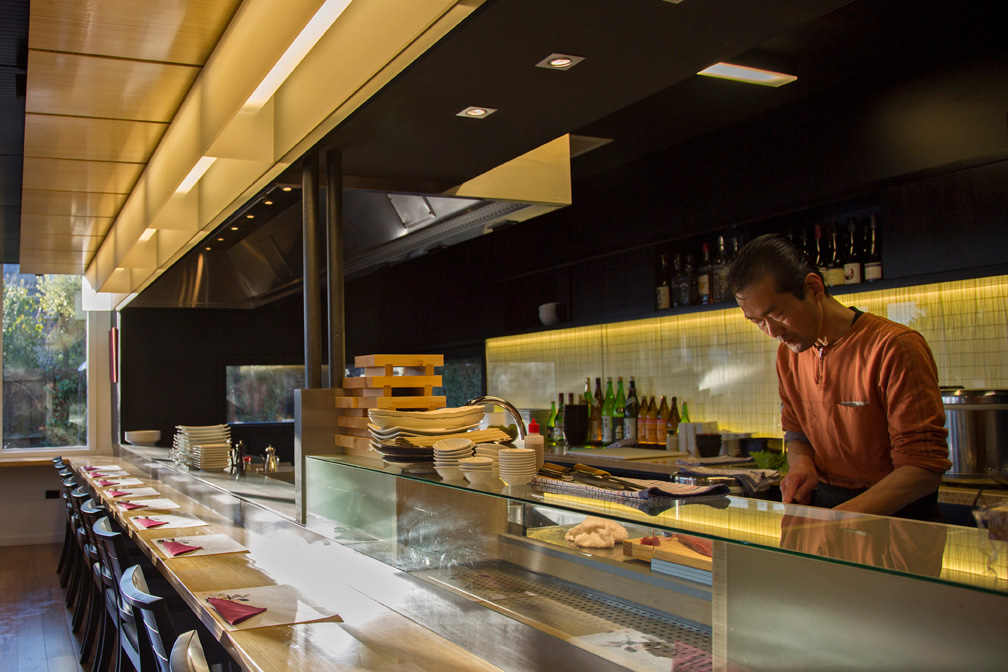 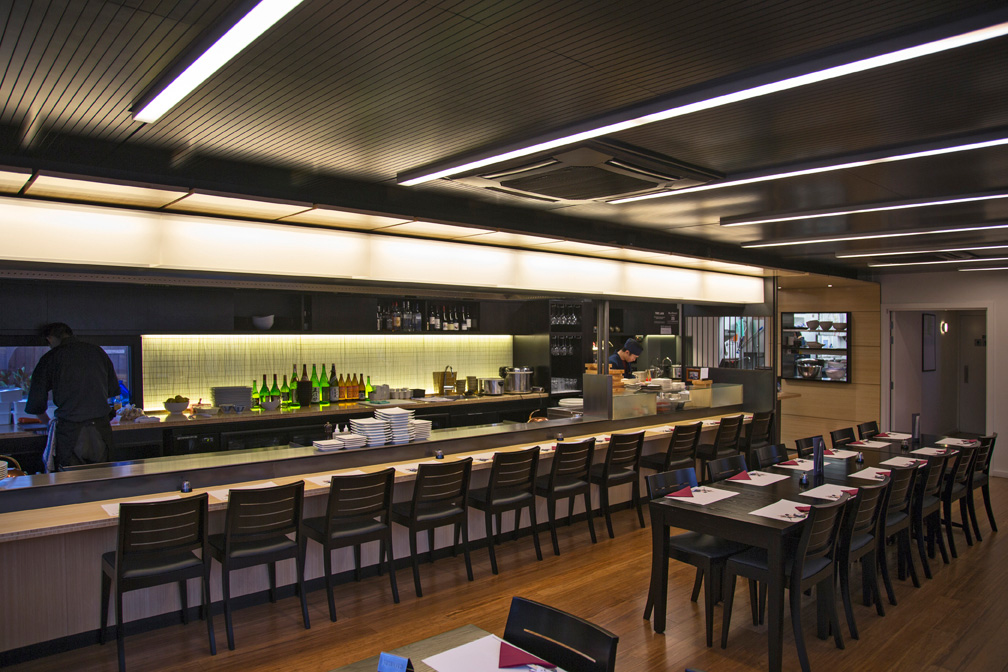 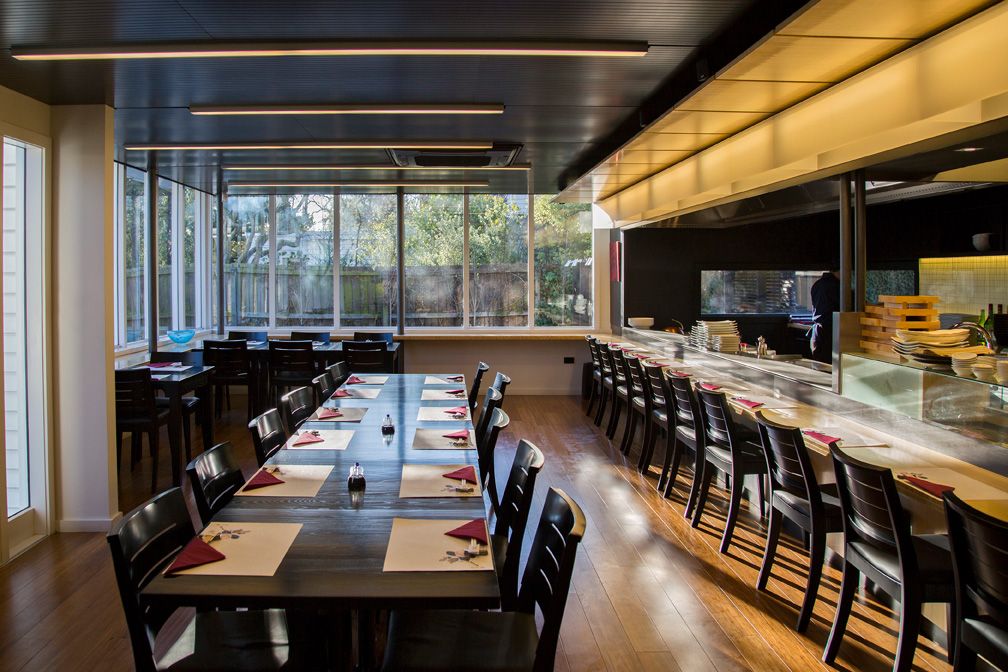 Sala Sala was a popular Japanese restaurant in the heart of central Christchurch until the Canterbury earthquakes necessitated a move to a city-fringe, suburban house. The conversion of a small two-storey house into a spacious and elegant restaurant involved both demolitions and additions. While retaining the residential aesthetic and scale of the building, these contemporary interventions announced and defined its new use as a restaurant.

Inside, the theatre of Japanese cooking was made the focus with an open kitchen, teppanyaki and sushi bar stretched along the east wall. A Japanese craft aesthetic has been achieved with a simple palette of bamboo flooring and cabinetry, a black-stained plant deck screen, and a deep black acoustic ceiling.