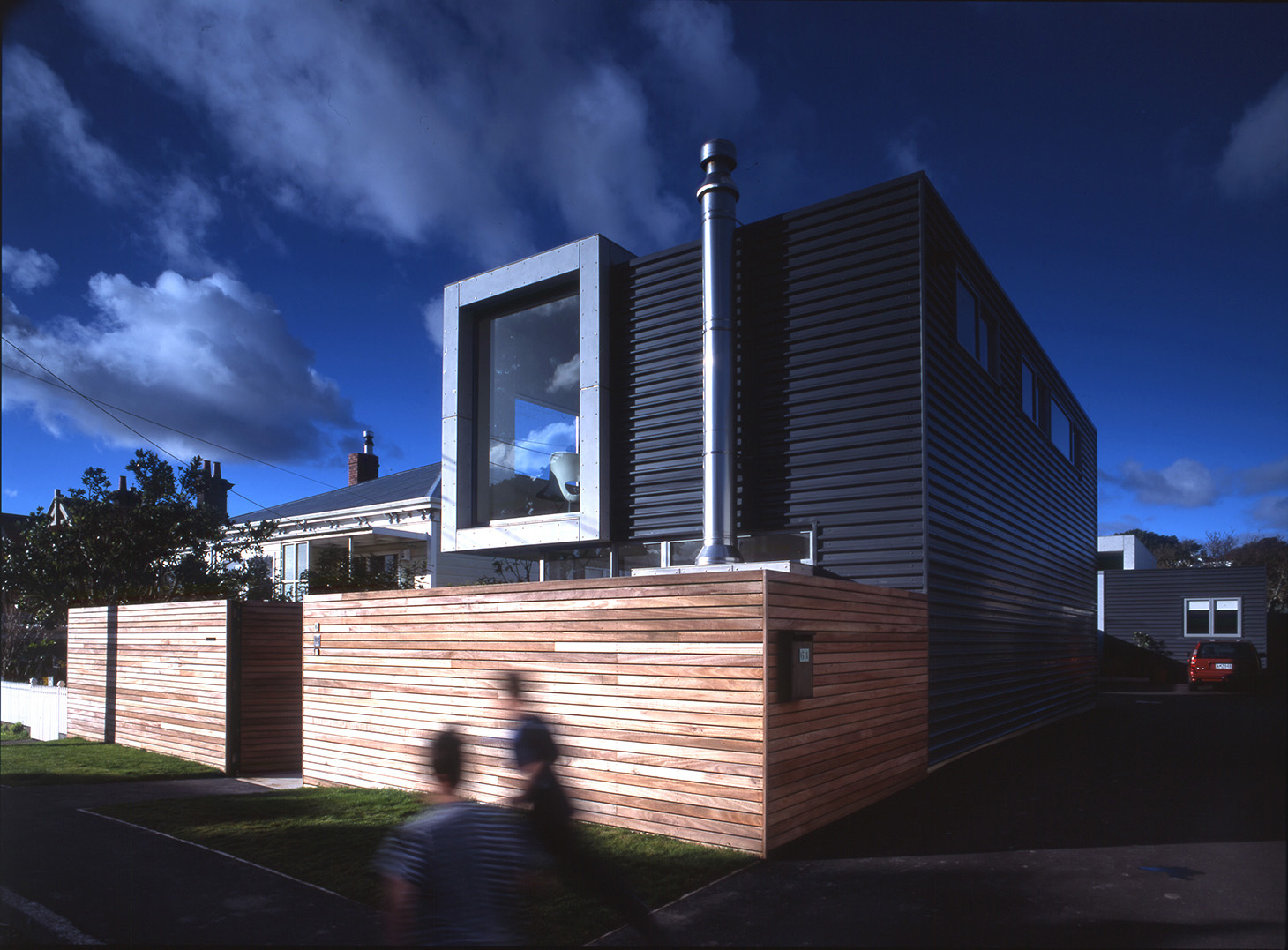 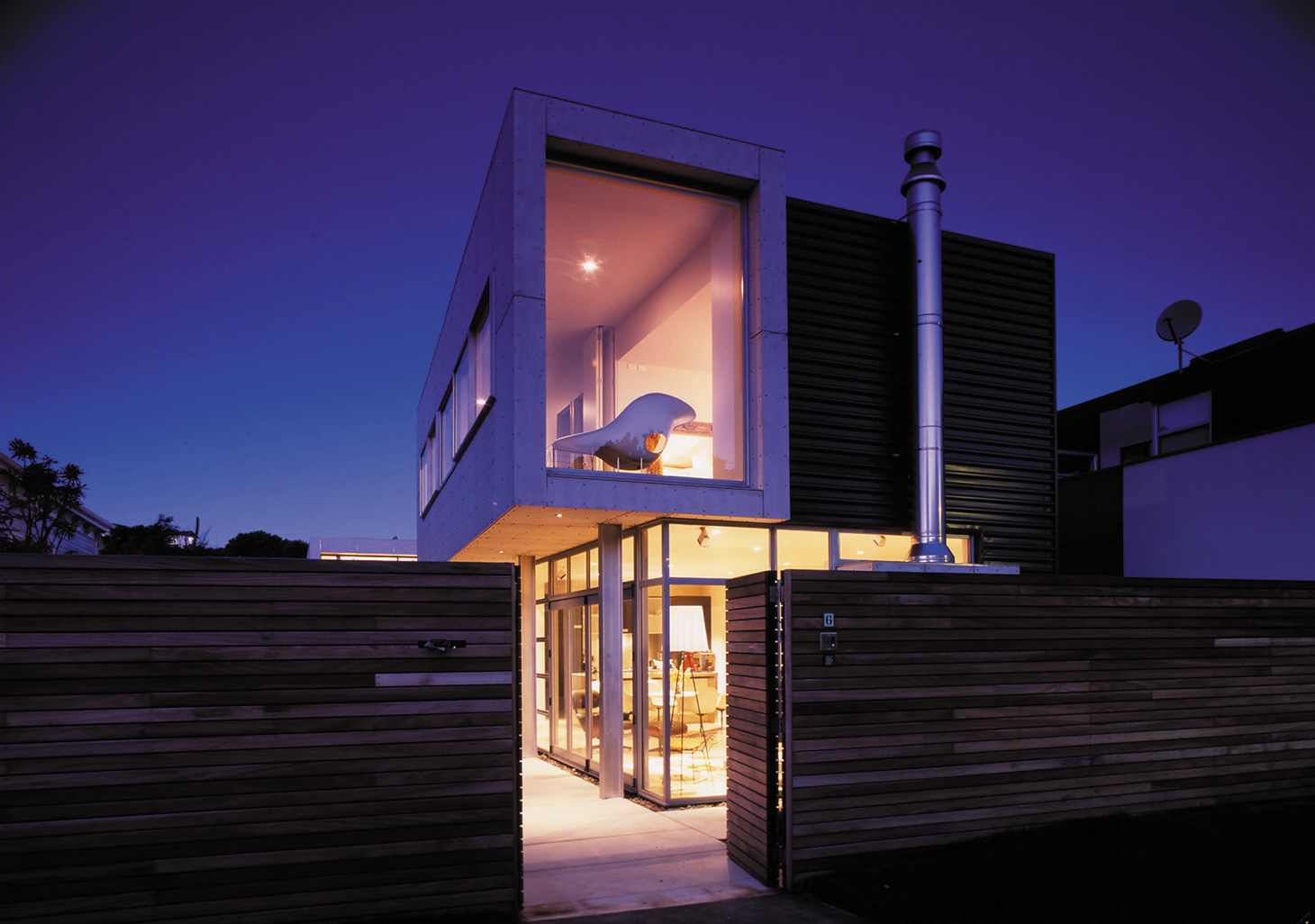 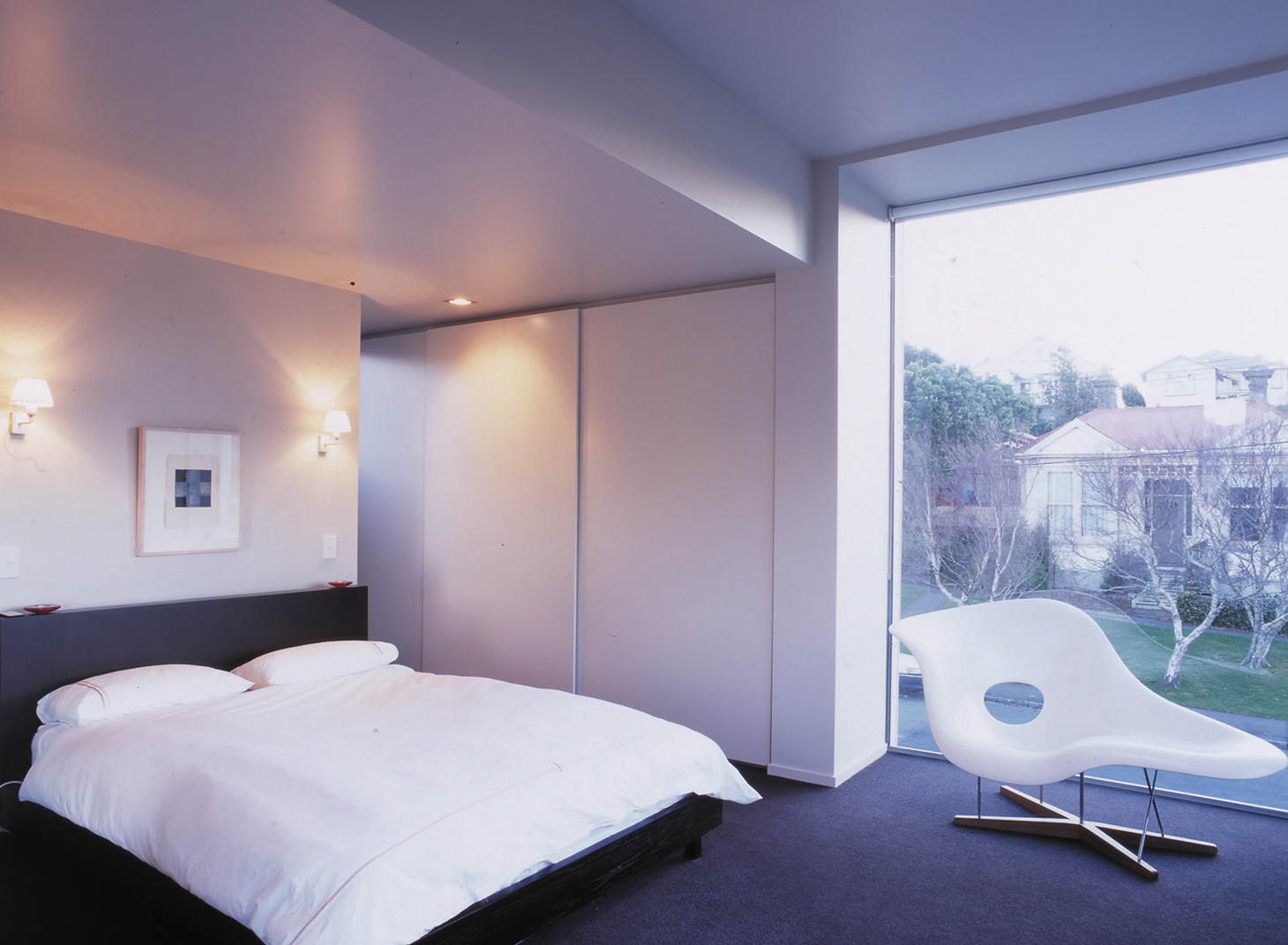 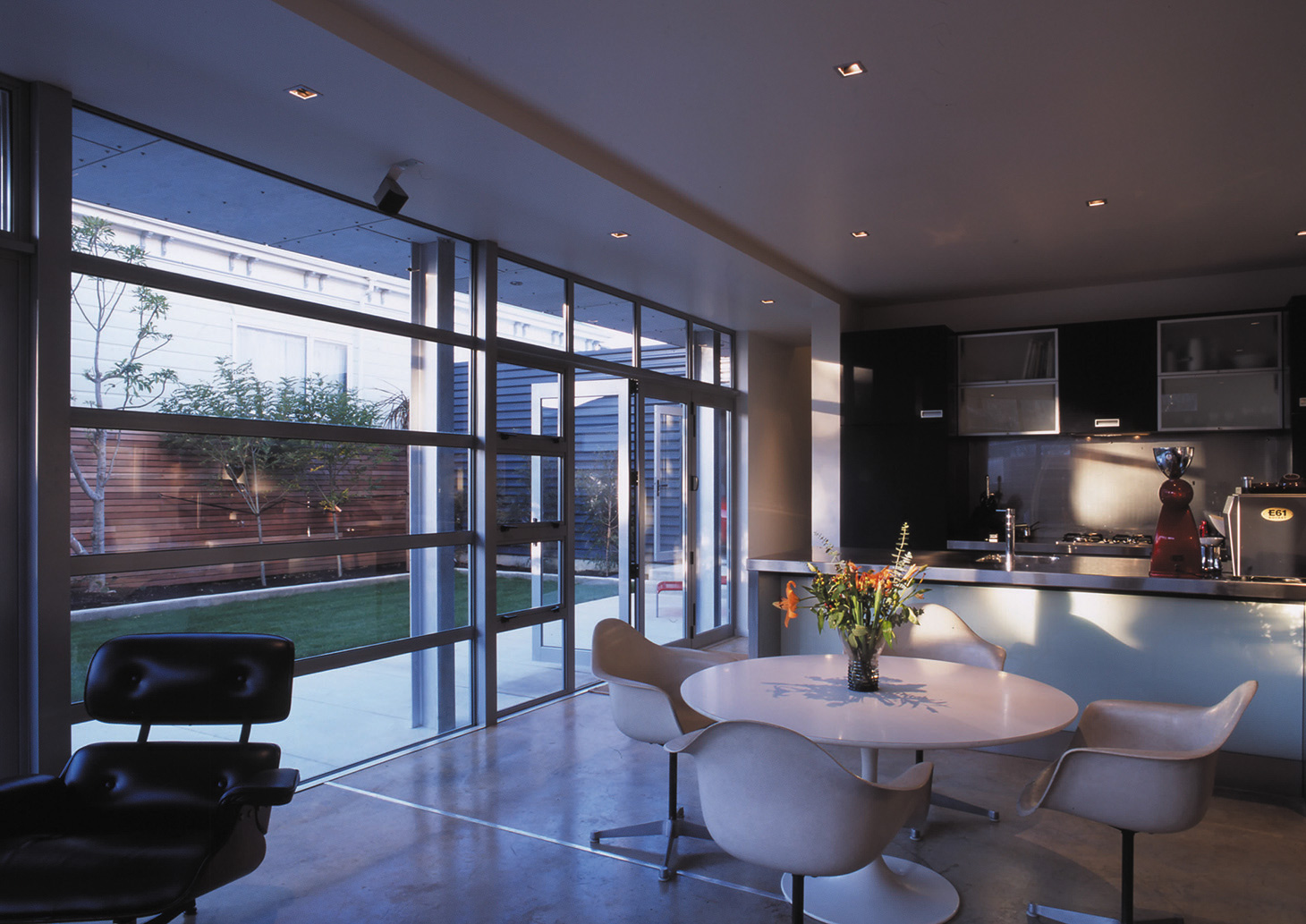 Two houses for two brothers designed for a long, narrow site in the Wellington suburb of Northland. The first house’s dark, long-run cladding protectively wraps around bedrooms, shielding them from the driveway. A tapering, open-ended space mediates between the bedrooms and glazed living area below. In contrast to its private dark-clad bedroom wing, the second house features a large, open living area, flooded with light.

“Careful design on a tight site with a modest budget has produced two very small and clever houses… Light and open with generous proportions in the living areas, these houses are an excellent example of how infill housing can work,” NZIA Awards Jury, 2003.